Tomorrow (Saturday), our village plays host to a celebration of 100 years of the great game of rugby in the Céou Valley, which is where Daglan is (perhaps unsurprisingly) located.

On the wall of the Mairie (the Mayor’s office) hangs a banner announcing the event, and I must say that I was quite impressed when I saw it. Here it is: 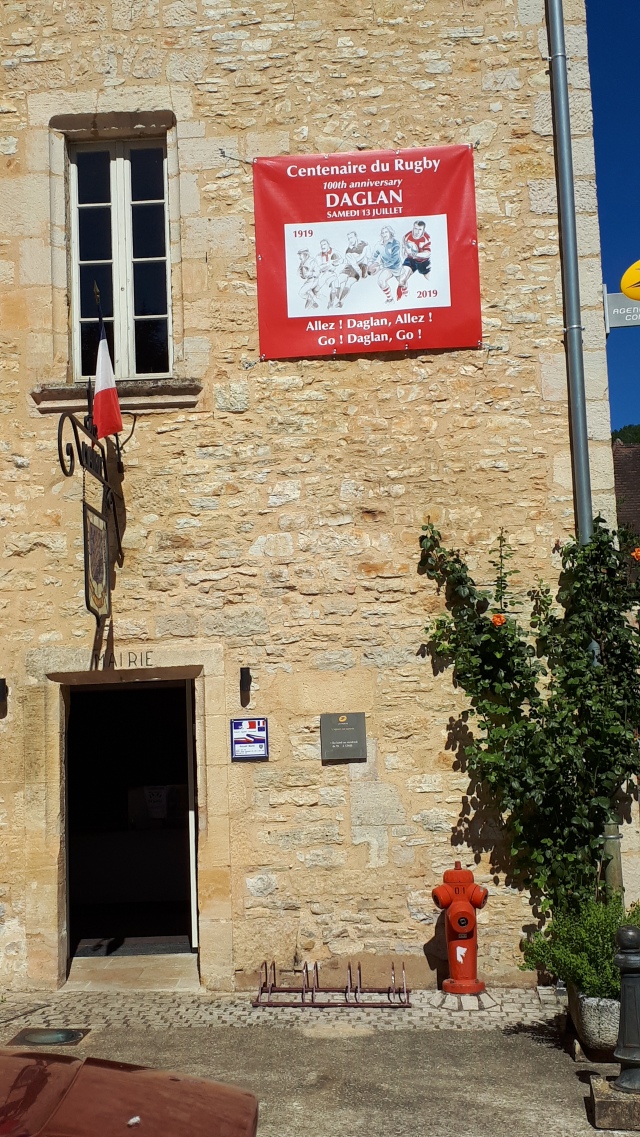 What’s so surprising?, you may ask. Well, it’s because the sign is actually bilingual! (Shades of Canada.)

At the top, below Centenaire du Rugby, it reads: 100th anniversary.

Pretty clever, I’d say. Someone behind the scenes evidently realized that France attracts a lot of tourists whose first language isn’t French. So it seemed to make sense to post important signs and banners in both French and English.

Gee, I wonder if this could catch on elsewhere in France? Like, for instance, Paris.

This entry was posted in Festivals in France, History in the Dordogne, Life in southwest France, Sports, Sports in the Dordogne and tagged Centenaire du Rugby, Daglan, rugby, translations. Bookmark the permalink.