You just might remember that on June 9 of last year (yes, that would be 2017) I posted a saucy little number that I called “The Wreck.” It was about a car that had been in an accident; then placed in a staging area for roadworks just a few kilometres from Daglan; and then seemingly abandoned.

As the weeks went by, the poor thing got more and more beat up — body bashed, windows broken. Still, it just remained. And then, finally, somebody who had either very strong arms or a big earth-moving vehicle pushed it into the woods. Here’s how it looked: 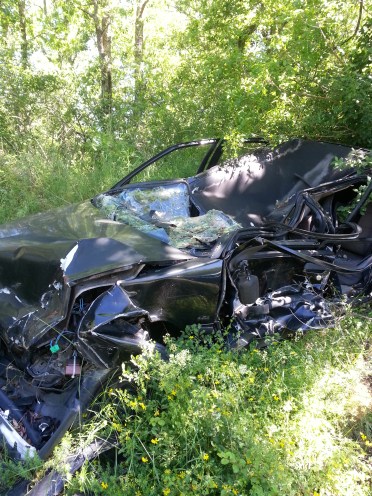 You can certainly see why I called my posting “The Wreck.”

Now, in this follow-up report, I can reveal that the ruined car has finally been taken away. I don’t know where, but here’s how its previous resting place looked this morning: 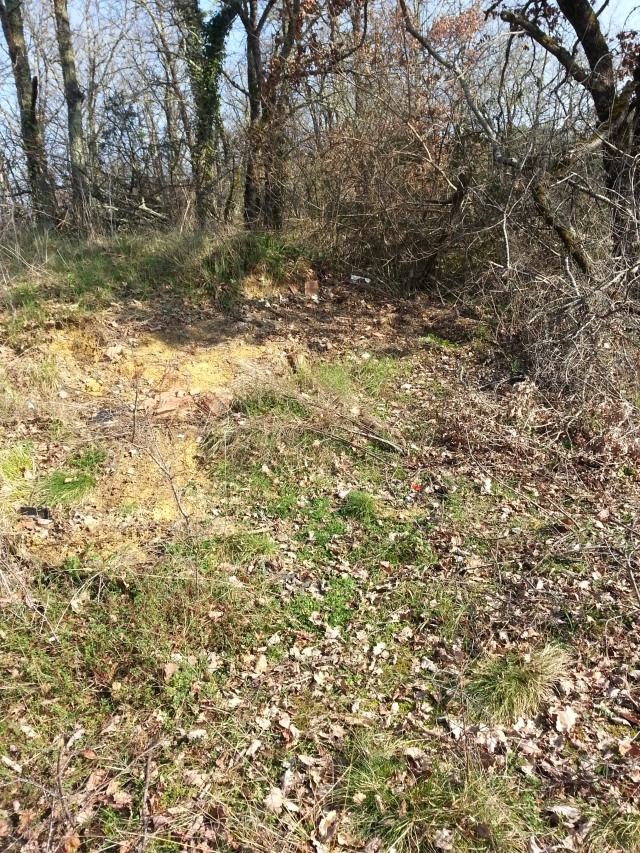 The former resting place of The Wreck.

Who took it away? The gendarmes? A salvage company? An auto enthusiast who enjoys restoring old vehicles? I doubt if we’ll ever know.

This entry was posted in Life in southwest France and tagged autos, car wrecks, cars, Daglan. Bookmark the permalink.

6 Responses to Follow-up: The Wreck