Polishing off the Tour de France

The time frame may be different, but our basic idea for finishing off the Tour de France — the Sunday “Ride into Paris” — is the same. Namely, Champagne, good food, good friends.

When my wife Jan and I lived in Toronto, the last day of the TDF was when we joined close friends (members of the Wild Forest Pig Contrada) at the home of Keith and Kathy for a Champagne brunch. That’s because it’s six hours earlier in Toronto than in Paris, where the Tour action starts in the late afternoon as the riders reach Paris.

So yesterday at about 5 p.m. we left Daglan and drove up to the lovely home of friends Suzanne and Mark, joined by friends Rosemary and Richard, to watch the cyclists complete the Tour with that series of mad dashes around the Avenue des Champs-Elysées,

Our role was to bring the Champagne (and Proscecco and white wine). Here’s one of the bottles: 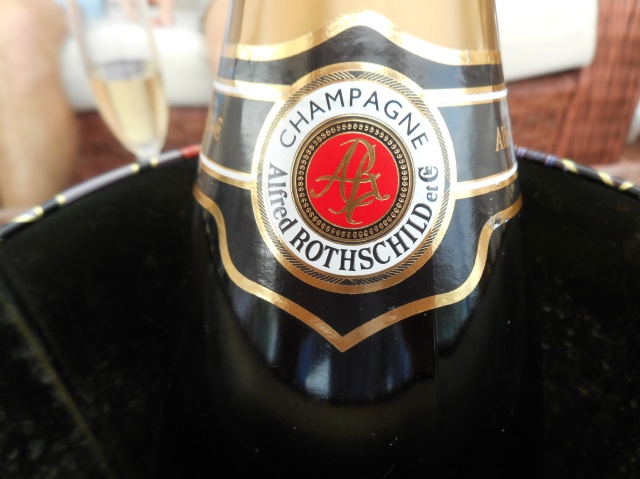 Was there ever a bad Champagne?

While relaxing on the deck, before the cycling action really got hot, we sat back with our drinks and devoured oysters on the half shell. Like these, which Suzanne and Mark had bought from Fabrice le Chef in Daglan:

One of the plates of oysters we consumed.

Then it was indoors, to watch the exciting end of the Tour. Here’s one of the commentators, a chap we like for his dry wit: 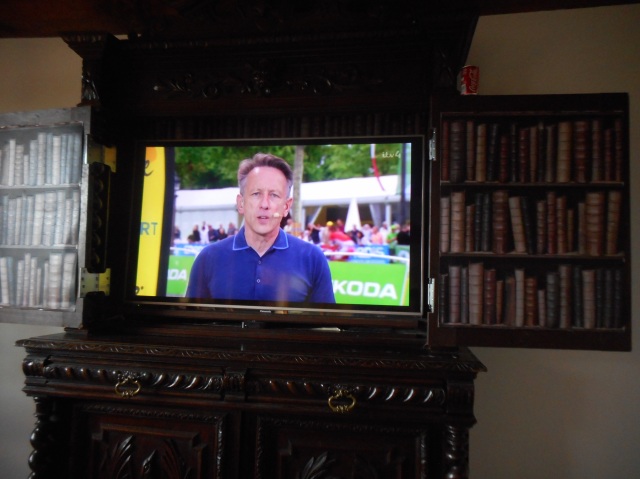 Commenting on the Tour results.

Once the racing was over, and it was confirmed that Sky’s Chris Froome had won his fourth Tour de France, we headed back outdoors, to sit near the pool and enjoy a lovely evening. Here’s the table: 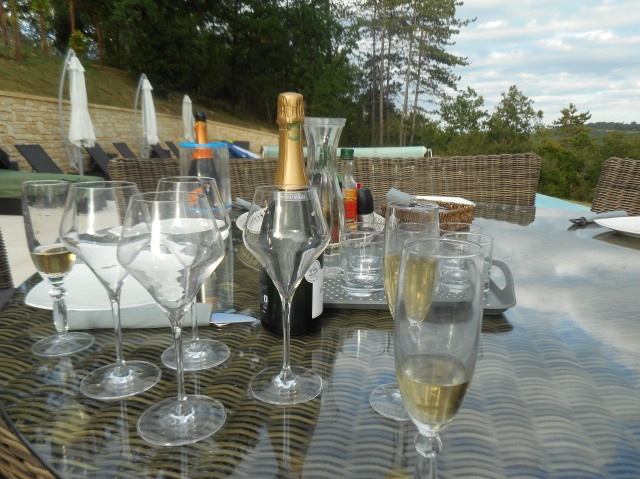 The glasses were sparkling properly.

At this point, dinner was set out on the table, starting with a couple of bowls of salad:

The veg makes an appearance.

And then came the baked potatoes, and grilled vegetables like mushrooms and peppers, and a selection of meats off the barbecue, including sausages and lamb cubes on skewers:

Some serious platters of food.

Finally, it was time to enjoy a delicious apricot tart that Rosemary made for our celebratory dinner. We celebrated by attacking it, cutting off slices before I could take my first photo:

Dessert for a summer’s evening.

When everything was polished off, and the sky had grown dark, it was time to head home. And so off we went, secure in the knowledge that while Chris Froome had won the Tour, we probably ate better that evening.

2 Responses to Polishing off the Tour de France