I have been raving about Le Gindreau, the restaurant in Saint-Médard, for quite a while. The food, the service, the atmosphere — they are impressive and have seemed to keep on improving.

As a refresher, the restaurant is less than an hour’s drive south of Daglan, and is located in a former schoolhouse. Since Chef Pascal Bardet and his wife Sandrine bought the place from the previous chef, it’s been renovated and refreshed. And here are just a couple of photographic reminders:

First, here is a fish dish I had when we enjoyed lunch there on Christmas Day, 2016: 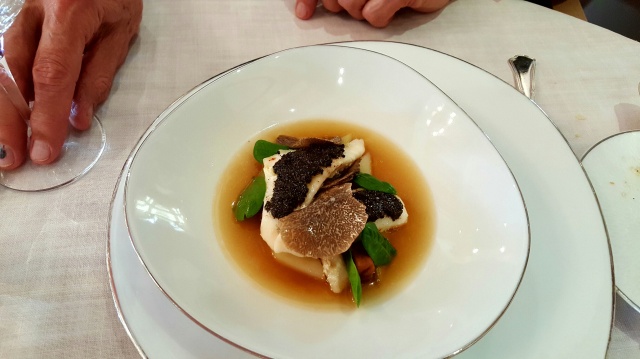 Delicate fish in a delicious broth.

And here’s another dish — the chocolate concoction I had for dessert: 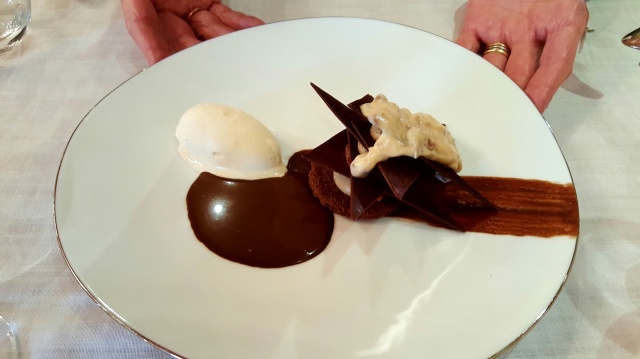 Back in 2016, on January 5, I posted a rave review that also described my thoughts on Michelin ratings. It was called “Star struck.” And at the end of the posting, here is what I wrote about Le Gindreau:

All along the way, service was polite and friendly and efficient. Ambiance? Quiet but not stuffy. The young sommelier is excellent, and the wine list is more than adequate.

And guess what? The reviewers at Michelin agreed — in the 2017 ratings, Le Gindreau was indeed awarded two stars.

5 Responses to A well-deserved upgrade